violin
improvisation
​viola
Award winning violinist Doren Dinglinger is one of the most diverse artists of her generation. Her charismatic playing has captured audiences around the globe. After completing her studies with a Master of Music degree from the Juilliard School New York she was appointed ass. concertmaster of the Munich Radio Orchestra (BR).
Not only at home in the classical music world, Doren writes and improvises her own music for concerts and sound healings. The sound and the intensity of these improvisations deeply move her listeners into their soul space. She currently lives in Munich, Germany.​ 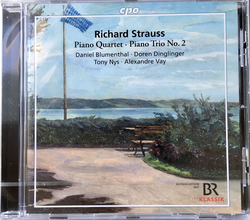 New CD is out with chamber music by Richard Strauss
https://open.spotify.com/album/2T291D7MGK6Ei1LIekdifR?si=Q9wsalmbTseHfB16J_2glA
Biography

​"Music is magic, inspiration, connection" says young violinist and violist Doren Dinglinger. And that is what you can experience in her performances. "I love playing music and when I share it in my performances I hope it brings out the passions and gifts in others. My aim is to inspire people to see and feel their own beauty and uniqueness and expand the love in the world."
No wonder audience and press alike have hailed her as "an absolutely extraordinary musician". With her charismatic stage presence and "tonal sensitivity that is other worldly" she has captivated audiences around the world. Ms. Dinglinger has appeared as soloist, in recital and as chamber musician. Concert tours brought her all throughout Europe, Asia, and the United States. Beside that Ms. Dinglinger regularly serves as a guest concertmaster in various ensembles throughout Europe. In 2011 Doren Dinglinger was appointed assistant concertmaster at the "Münchner Rundfunkorchester" of Bavarian radio station.
In 2010 Doren Dinglinger has been chosen as one of three violinists for the "New Masters on Tour" concert series by the International Holland Music sessions which led to her solo debut in the Concertgebouw Amsterdam. She has also performed in Carnegie Hall New York, Berlin Philharmonie and Rudolfinum Prague among others.
Since 2013 Doren Dinglinger collaborates with actor Dan Glazer in two literary-musical programs. "I have wanted to combine music and theater for many years" she says, "now i have met a fantastic actor who shows this intense energy and charisma in his work that I was looking for."
Among her numerous national and international prizes in national and international violin competitions are 1st prize at "Jugend musiziert" /Germany, 1st prize Lions Clubs International Competition/ Germany, the "Jaroslav Kocian" International competition /Czech Republic and the International violin competition "Jean Rogister" /Belgium.
Furthermore Doren Dinglinger was a scholarshipholder of the Irene Diamond graduate fellowship, the Carabo- Cone scholarship fund, the M. & E. scholarship, as well as of the DAAD (German Academic Exchange Service), Villa Musica, PE- Förderkreis, String collection Baden- Württemberg and Musical Life Germany.
As a chamber music lover Doren Dinglinger was invited to music festivals in Chautauqua, New York, the Encuentro de Música et Academía de Santander, Spain, Prussia Cove, UK and The Holland Music Sessions and has collaborated with artists such as Dimitri Ashkenazy, Nicholas Chumachenko, Patrick Demenga, Bobby Mc Ferrin, Philippe Graffin, Rainer Kussmaul, Ulf Rodenhäuser and Paul Rivinius.
Her performances were broadcasted by radio and TV stations alike. (NDR, BR, SWR, ORF)
Doren Dinglinger was born in Stuttgart, Germany, where she started playing the violin at the age of seven at the Music School Stuttgart. Her later teachers include Wolfgang Marschner (Freiburg), Antje Weithaas (Berlin), Wolfram König (Trossingen) and Ulf Wallin (Berlin). She graduated at the Hochschule für Musik “Hanns Eisler” Berlin in 2007 and in 2009 completed her Master of Music at The Juilliard School New York as a student of Ronald Copes. She got further musical impulses from Ana Chumachenco, Pierre Amoyal, Zakhar Bron, Hermann Krebbers, Christian Tetzlaff, Aaron Rosand and Riccardo Ricci.